Genocide: for whom the lesson of never again? 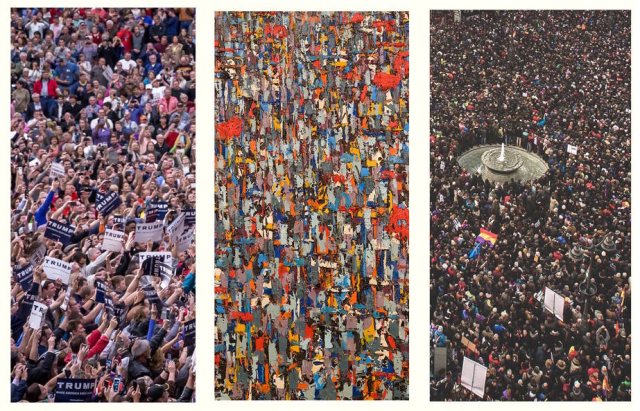 A rumination on the connection of genocide and who learns the lesson of ‘never again’, following a recent article in Haaretz: Having failed to learn its lessons, Holocaust Remembrance Day doesn’t belong in Israel’s reality (Yossi Klein, 02 May 2019).

Like many others, I have watched many of the Shoah films (documentaries about Treblinka are probably the most difficult to stomach), read Levi’s If This is a Man twice, and contemplated the blinking in and out of existence of visitors walking through the Berlin holocaust memorial. At the end, the same conclusion always returns: all it takes for atrocity and genocide is for a series of changes in the social psychology – each individually seemingly innocuous – to occur such that some group (the ‘wrong tribe’) is seen as not-human. Then, another group of humans will see fit to dispose of that group by inhuman means.

There’s no qualitative difference between the Shoah, Rwanda, Stalin’s USSR, Mao’s China or the killing fields of Cambodia; they all have the same precondition: dehumanisation.

The only solution to that is never to fall prey to such thinking about groups, even if there may be particular individuals whom we may reasonably see as sub-human. In theory this should not be hard: humans as individuals do not normally think in this mode; it takes the systematic application of political and/or religious ideology in a tribe or society to normalise the idea of some group or category as sub-human, and thus to normalise the idea of systematic violence to remove them.

This is why the greatest danger to any society is unchecked ideology and ideologues, including certain kinds of religion. Preventing these taking over requires basic critical thinking skills (ability to think rationally and independently), a common, fully internalised understanding of human rights, a pluralistic political environment and sufficient liberty for individuals to be able to safely challenge and refuse ideology. None of this is automatic; humanity is littered with tribes and societies whose prevailing worldview is that of exceptionalism for some, and which maintains closed-mindedness with a system of dogma and control.

What we see today in our so-called democracies is movement away from the enlightened, open society, toward radicalised, subjective, uninformed and tribal thinking. One obvious sign is the suppression of calm, civilised and evidence-based public discourse. Another symptom is the growth of identity politics, incarnated as vicious online wars between today’s victim categories and their intellectual elite defenders. This is happening on all sides of politics and in the social sphere – those who think only the ‘other side of politics’ is evil have already fallen prey to the disease. If our societies right now do not begin to diagnose this illness and start to treat it, the results will be the same as they have always been.

The only really important lesson from the Shoah for Israelis, and for all of us, is surely never to arrive at a point where your society replicates the very modes of thinking that created the atrocity on which its modern right to existence is predicated. That lesson ‘never again’ isn’t so much to be learned by the original perpetrators, but by the survivors. That’s a hard pill to swallow, but it’s always worth remembering that the last time your people were persecuted, your killers were almost certainly acting out their revenge for a previous chapter of perceived civilisational injustice in which they figured as the victims.

I work on semantic architectures for interoperability of information systems. Much of my time is spent studying biomedical knowledge using methods from philosophy, particularly ontology and epistemology.
View all posts by wolandscat →
This entry was posted in Pluralism and tagged genocide, holocaust, populism, shoah. Bookmark the permalink.

This site uses Akismet to reduce spam. Learn how your comment data is processed.